You are here: Home / Archives for For Sellers 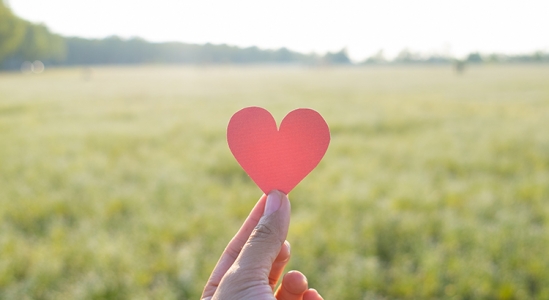 There’s a ton of real estate information available in the news today and on the Internet. It can be extremely confusing, especially in times of uncertainty like we’re facing right now.

If you’re thinking of buying or selling this year, you need an agent who can help you:

“When getting help with money, whether it’s insurance, real estate or investments, you should always look for someone with the heart of a teacher, not the heart of a salesman.”

Hiring an agent who has a finger on the pulse of the current market will make your buying or selling experience so much easier.

So, how do you identify who truly understands what’s happening right now? How do you know who will take the time to simply and effectively explain what today’s market conditions mean to you and your family?

Check out the agent on social media. What are they posting on Instagram, Facebook, Twitter, and more? Are they using their social media platforms to share relevant, helpful information, or are they just posting memes and recipes? The best agents are committed to educating the consumer so they can feel confident when buying or selling a home.

What agents are posting online will help you determine who meets the criteria Dave Ramsey suggested you look for: someone with the heart of a teacher. Let’s connect today, so you can work with a true trusted real estate professional. 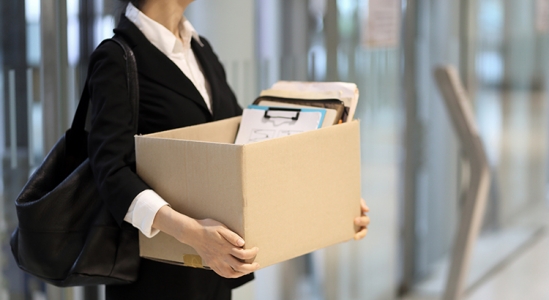 Ten million Americans lost their jobs over the last two weeks. The next announced unemployment rate on May 8th is expected to be in the double digits. Because the health crisis brought the economy to a screeching halt, many are feeling a personal financial crisis. James Bullard, President of the Federal Reserve Bank of St. Louis, explained that the government is trying to find ways to assist those who have lost their jobs and the companies which were forced to close (think: your neighborhood restaurant). In a recent interview he said:

“This is a planned, organized partial shutdown of the U.S. economy in the second quarter. The overall goal is to keep everyone, households and businesses, whole.”

That’s promising, but we’re still uncertain as to when the recently unemployed will be able to return to work.

Another concern: how badly will the U.S. economy be damaged if people can’t buy homes?

A new concern is whether the high number of unemployed Americans will cause the residential real estate market to crash, putting a greater strain on the economy and leading to even more job losses. The housing industry is a major piece of the overall economy in this country.

Chris Herbert, Managing Director of the Joint Center for Housing Studies of Harvard University, in a post titled Responding to the Covid-19 Pandemic, addressed the toll this crisis will have on our nation, explaining:

“Housing is a foundational element of every person’s well-being. And with nearly a fifth of US gross domestic product rooted in housing-related expenditures, it is also critical to the well-being of our broader economy.”

How has the unemployment rate affected home sales in the past?

However, research reviewing the last thirty years doesn’t show that direct relationship, as noted in the graph below. The blue and grey bars represent home sales, while the yellow line is the unemployment rate. Take a look at numbers 1 through 4:

The impact of the unemployment rate on home sales doesn’t seem to be as strong as we may have thought.

How does this compare to the other financial crises?

We’ve given you the facts as we know them. The housing market will have challenges this year. However, with the help being given to those who have lost their jobs and the fact that we’re looking at a quick recovery for the economy after we address the health problem, the housing industry should be fine in the long term. Stay safe. 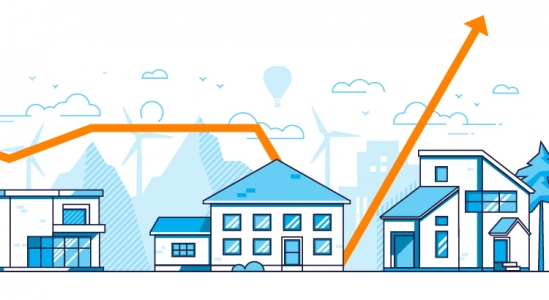 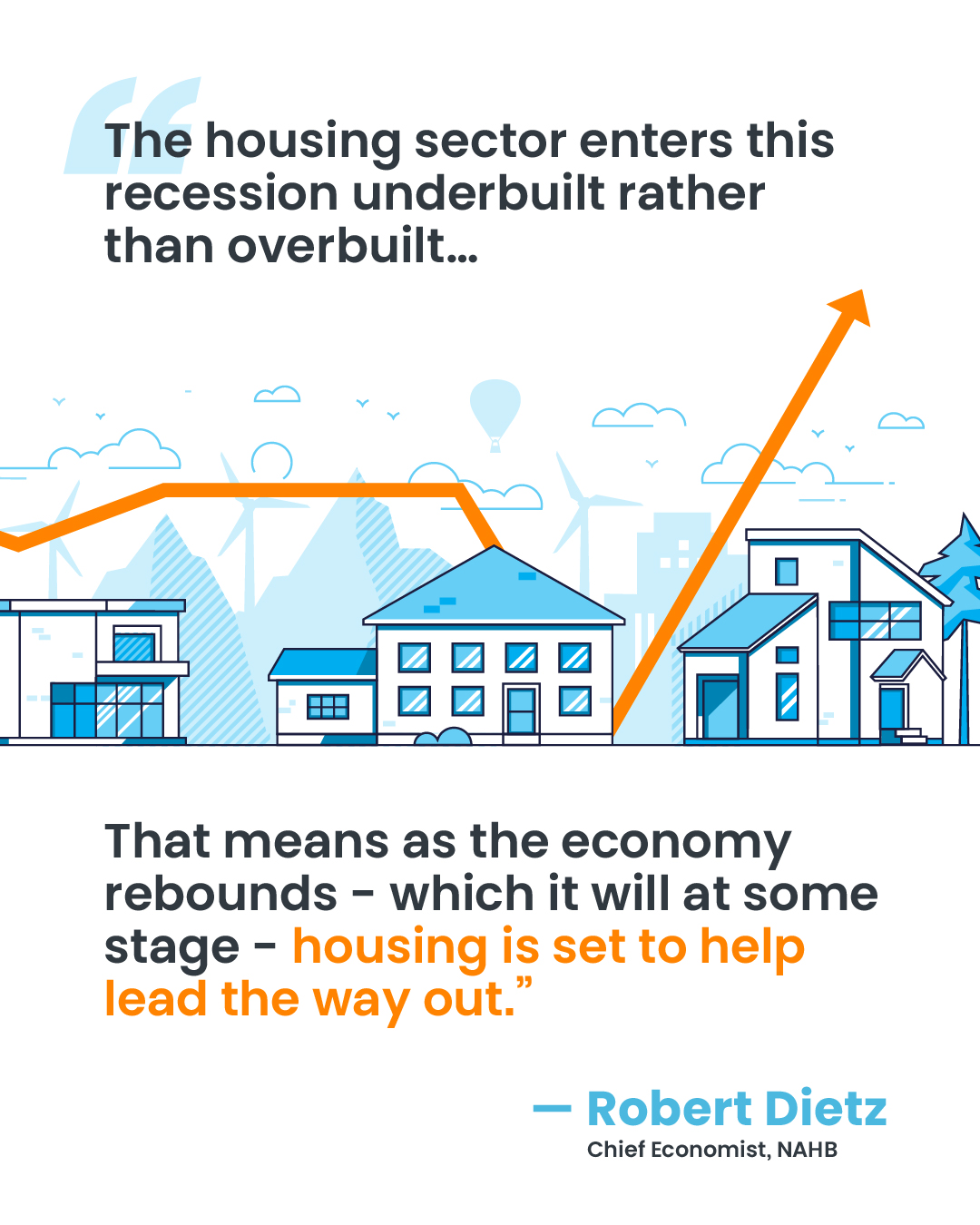 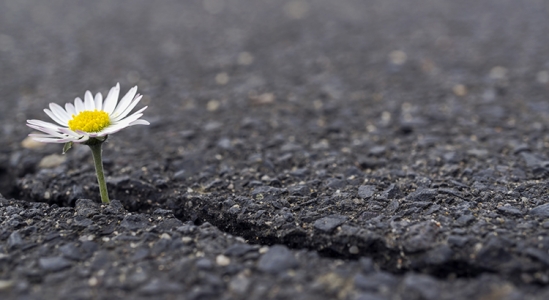 As our lives, our businesses, and the world we live in change day by day, we’re all left wondering how long this will last. How long will we feel the effects of the coronavirus? How deep will the impact go? The human toll may forever change families, but the economic impact will rebound with a cycle of downturn followed by economic expansion like we’ve seen play out in the U.S. economy many times over.

Here’s a look at what leading experts and current research indicate about the economic impact we’ll likely see as a result of the coronavirus. It starts with a forecast of U.S. Gross Domestic Product (GDP).

“Gross Domestic Product (GDP) is the total monetary or market value of all the finished goods and services produced within a country’s borders in a specific time period. As a broad measure of overall domestic production, it functions as a comprehensive scorecard of the country’s economic health.”

When looking at GDP (the measure of our country’s economic health), a survey of three leading financial institutions shows a projected sharp decline followed by a steep rebound in the second half of this year: 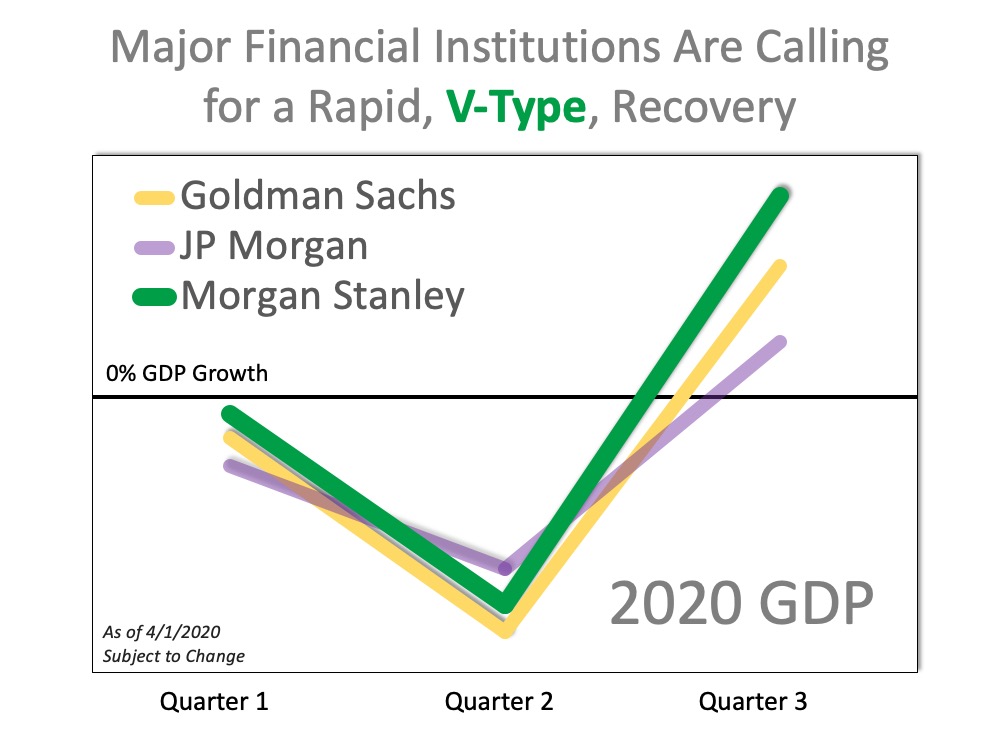 A recent study from John Burns Consulting also notes that past pandemics have also created V-Shaped Economic Recoveries like the ones noted above, and they had minimal impact on housing prices. This certainly gives hope and optimism for what is to come as the crisis passes.

With this historical analysis in mind, many business owners are also optimistic for a bright economic return. A recent PricewaterhouseCoopers survey shows this confidence, noting 66% of surveyed business owners feel their companies will return to normal business rhythms within a month of the pandemic passing, and 90% feel they should be back to normal operation 1 to 3 months after: 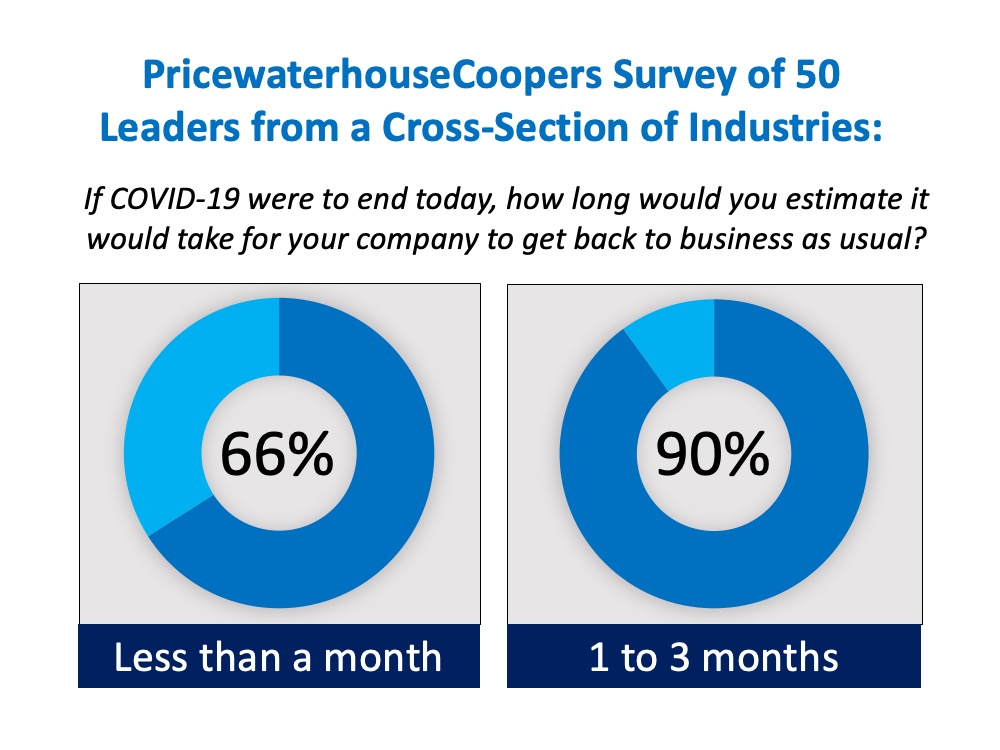 From expert financial institutions to business leaders across the country, we can clearly see that the anticipation of a quick return to normal once the current crisis subsides is not too far away. In essence, this won’t last forever, and we will get back to growth-mode. We’ve got this.

Lives and businesses are being impacted by the coronavirus, but experts do see a light at the end of the tunnel. As the economy slows down due to the health crisis, we can take guidance and advice from experts that this too will pass.

Hiring the Right Contractor V1 E37 Masters Touch Design-Build.  In this PODCAST Chris Previte of Masters Touch  Design-Build shares with us today the right and wrong way to find, secure and redo your home the right way. Choosing your contractor is the simple matter of knowing what to ask and being focused on finding the right person for your needs. Communications, vision, follow through are big parts. Caring about your needs and having a willingness to focus on those needs is critical. Listen to how one company does it right.

Over the many years I have been in the real estate industry I have been in thousands of houses and hundreds of housing sites being built.  Nothing is the same, all have their unique aspects.  Builders use different materials, different crews, different timing and most of them have recommendations from people who like them. I always want to know about the times things went wrong and how they were fixed.  The biggest issue is always  communications. Since there are so many details in any design-build it is critical there is one place were all information and changes can be reviewed. Masters Touch uses a system that keeps it all in line.

Chris Previte is who you will connect with first. He is the one who comes out to look over the home and give you some ideas on what can be done and for what cost and in what timing. From there it goes back to the shop and put into the system so all can be informed.  Designers, builders, plumbers, electricians etc all see the same files and their work is coordinated through the system. In this manner a lot of the problems can be averted or at least deals with at the time it feels like a problem. Hiring the Right Contractor, Masters Touch Design-Build V1-E37 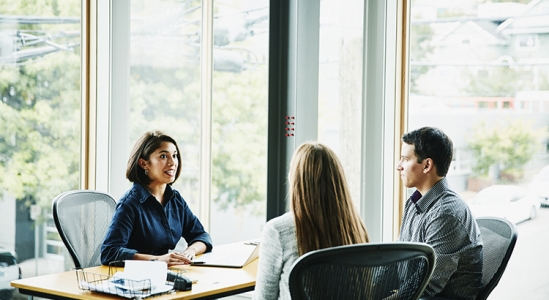 The angst caused by the coronavirus has most people on edge regarding both their health and financial situations. It’s at times like these when we want exact information about anything we’re doing – even the correct protocol for grocery shopping. That information brings knowledge, and this gives us a sense of relief and comfort.

If you’re thinking about buying or selling a home today, the same need for information is very real. But, because it’s such a big step in our lives, that desire for clear information is even greater in the homebuying or selling process. Given the current level of overall anxiety, we want that advice to be truly perfect. The challenge is, no one can give you “perfect” advice. Experts can, however, give you the best advice possible.

Let’s say you need an attorney, so you seek out an expert in the type of law required for your case. When you go to her office, she won’t immediately tell you how the case is going to end or how the judge or jury will rule. If she could, that would be perfect advice. What a good attorney can do, however, is discuss with you the most effective strategies you can take. She may recommend one or two approaches she believes will be best for your case.

She’ll then leave you to make the decision on which option you want to pursue. Once you decide, she can help you put a plan together based on the facts at hand. She’ll help you achieve the best possible resolution and make whatever modifications in the strategy are necessary to guarantee that outcome. That’s an example of the best advice possible.

The role of a real estate professional is just like the role of the lawyer. An agent can’t give you perfect advice because it’s impossible to know exactly what’s going to happen throughout the transaction – especially in this market.

An agent can, however, give you the best advice possible based on the information and situation at hand, guiding you through the process to help you make the necessary adjustments and best decisions along the way. An agent will get you the best offer available. That’s exactly what you want and deserve.

If you’re thinking of buying or selling, contact a local real estate professional to make sure you get the best advice possible.